Level Up Your Team’s Performance 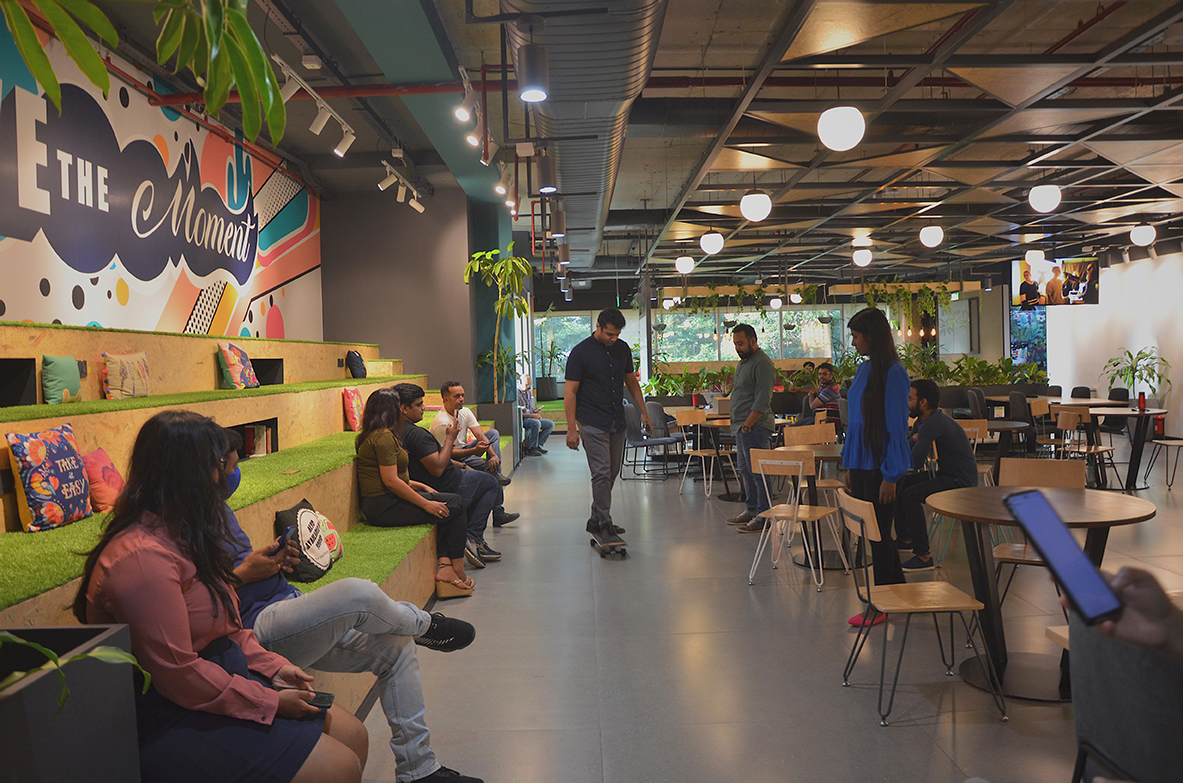 A manager does not merely conduct meetings and assign tasks to the team members. Any leadership role goes beyond the prescribed job description and forays into much more, especially during difficult times. Staying connected to the team is of utmost importance now. And it doesn’t mean meetings and work calls — checking up on your team and making sure they are safe and sound is a priority now.

It’s times like this when your team looks up to you and knows for certain that they can depend on you. The current environment makes us all rethink our leadership strategies and perhaps unlearn and relearn our team management styles.

With this in mind, 2gethr organized a live webinar in association with Enabling Ventures — Level Up your Team Performance — on 27 June 2020. Gopalkrishnan Subramanian from Enabling Ventures believes in enabling people to write their life scripts on their own to maximize their potential and lead cheerful lives. Subramanian is a psychologist, counselor, and corporate coach who has worked with numerous individuals and organizations in both personal and professional frontiers. His proficiency in understanding and analyzing challenges across age groups and hierarchical structures has helped organizations adopt and build employee-driven culture.

The objective of the webinar was to help upcoming leaders boost their team’s performance and also help them in their journey to evolve into a better leader. The session spanned over one and a half hours and also included a live Q&A to address participants’ queries.

The entire session was highly insightful and thought-provoking. Gopalkrishnan planned the session carefully, garnishing it with fun exercises and interesting examples drawn from his personal life. Unlike other leadership workshops, Level Up Your Team’s Performance offered a fresh perspective — it tries to adapt an empathetic role which is so important in the current scenario.

Gopalkrishnan defines a team as a group of people with complementary skill sets (be it technical, functional, or behavioral) working towards a specific goal using a common approach and holding each other accountable to deliver some work product while attaining results and achieving personal growth. He explained that a functional team is formed only when these circumstances are met. A team doesn’t just appear out of thin air — it needs a lot of effort and commitment from the leader as well as the other team members.

Gopalkrishnan outlined the guidelines for building a team which consisted of the following:‍

Before initiating building a team, the leader must try to understand the “why” behind their organization; the “why” which will drive all team members towards dedicating themselves to the organization. This “why” must have the power to make the team members feel like they are a part of the ecosystem and they have to do their part to achieve the bigger goal of the organization.

The leader has to translate and align the organization’s bigger goal for each team — each team must understand what role they must play in — and then motivate the teams to work towards the bigger goal. The leader must also ensure that everyone plays their part and works towards the goal. If the leader fails to establish the emotional connection between a team member and the organization’s mission statement or cause, a team can never grow and deliver.

Profit is just a by-product and a function of the business, it is not the goal or cause

Skills are important and everyone has his/her own set of skills. A leader must recognize and acknowledge each employee’s skill and reward them accordingly. When a leader fails to see the strengths of a team member, she jeopardizes the entire team.

Gopalkrishnan mentioned that there are four broad personality types of team members:

Leaders must understand who’s creative and not demotivate their creativity by involving them in process-oriented tasks; a creative person might have a lot of curiosity and ideas but perhaps not aware of the processes. Their creativity must be explored and not ignored. Similarly, a leader should situate the team in such a way that the team members complement each other.

Gopalkrishnan makes it a point to emphasize the importance of one-on-one discussions throughout the webinar. Getting to know a team member’s ambitions, likes, dislikes, and connecting with them and establishing a trusting relationship paves the way for an open and transparent culture. Gopalkrishnan repeatedly stresses that a leader must build rapport with her team members and try to understand them as people and not mere numbers in an organization.

The leader must acknowledge all achievements publicly — both small and big achievements. A wise way to go about this is by maintaining a team board where all such achievements are recorded on a daily or weekly basis and then appreciated in front of the entire team. Practicing this will ensure that the team feels valued and stays motivated as well as happy during their tenure in the organization.

The leader must evolve herself through these four stages of the team. The team as a whole can grow and deliver only if their leader is present to support them throughout the conflicts. A leader has to keep reinventing herself through these four stages — just sticking to one particular leadership style will not help the team. At times, the leader must be assertive whereas at other times she must be empathetic and be a shoulder to cry on, if necessary. What remains constant through these stages is the leader’s ability and role in understanding all the team members and engaging in one-on-one conversations with each of them to see what they are as persons and not a mere employee.

Gopalkrishnan also brought up how Dr. Meredith Belbin and his team identified 9 different kinds of personality a person can play in team role:

The purpose of identifying a team member’s personality is to recognize the team member’s strengths and weaknesses which would help the team understand them better. This would help them communicate and share better with the rest of the team. Practicing this certainly helps in the long run — it leads to increased effectiveness, employee engagement, and build better work relationships. However, it is important to update your Belbin Report every 2–3 years as everyone changes their role over time.

In his discussion on team management, Gopalkrishnan also explained how high performing teams showcase certain characteristics. Leaders need to be aware of such qualities and try to instill them in her team.

The 7 characteristics of high performing teams are:

Gopalkrishnan recommended Simon Sinek’s The Golden Circle which inspires organizations to find the “why” behind their existence. An organization must understand the ”why” and “how” of their organization and transfer them to all the employees so that everyone shares these common goals.

If the leader fails to keep these parameters in check then she will not be able to help the team grow. The leader has to engage in certain responsibilities to be worthy of leading the team, these include:

Gopalkrishnan suggested that a leader must fulfill these responsibilities following which she must ask the team members questions that should be further considered for the team’s overall growth. This could include questions regarding what values the leader can provide to the team member’s growth or, what did the team member look forward to in the next 3 months, etc. These questions could be asked as part of the one-on-one sessions and the objective here is to initiate independent thinking in the team members which helps establish trust in the relationship between leaders and team members.

In most corporate structures, performance reviews are a must which helps the company determine an employee’s salary incentives, promotion, etc. However, Gopalkrishnan observed that in most cases people end up negotiating on their ratings rather than looking at the goals. The focus of such reviews should always be the achievement of goals — as in did the team member achieve the goal or not or s/he exceeded the goal. Another important aspect should be to understand the potential of the employee and whether s/he can align with the organization’s goals and values. There are certain parameters to measure the potential of a person and to measure their performance and then review the employee based on these parameters.

Gopalkrishnan recommended the 9 Box Model for this purpose. He asserted that such practice has quite a few advantages to it: 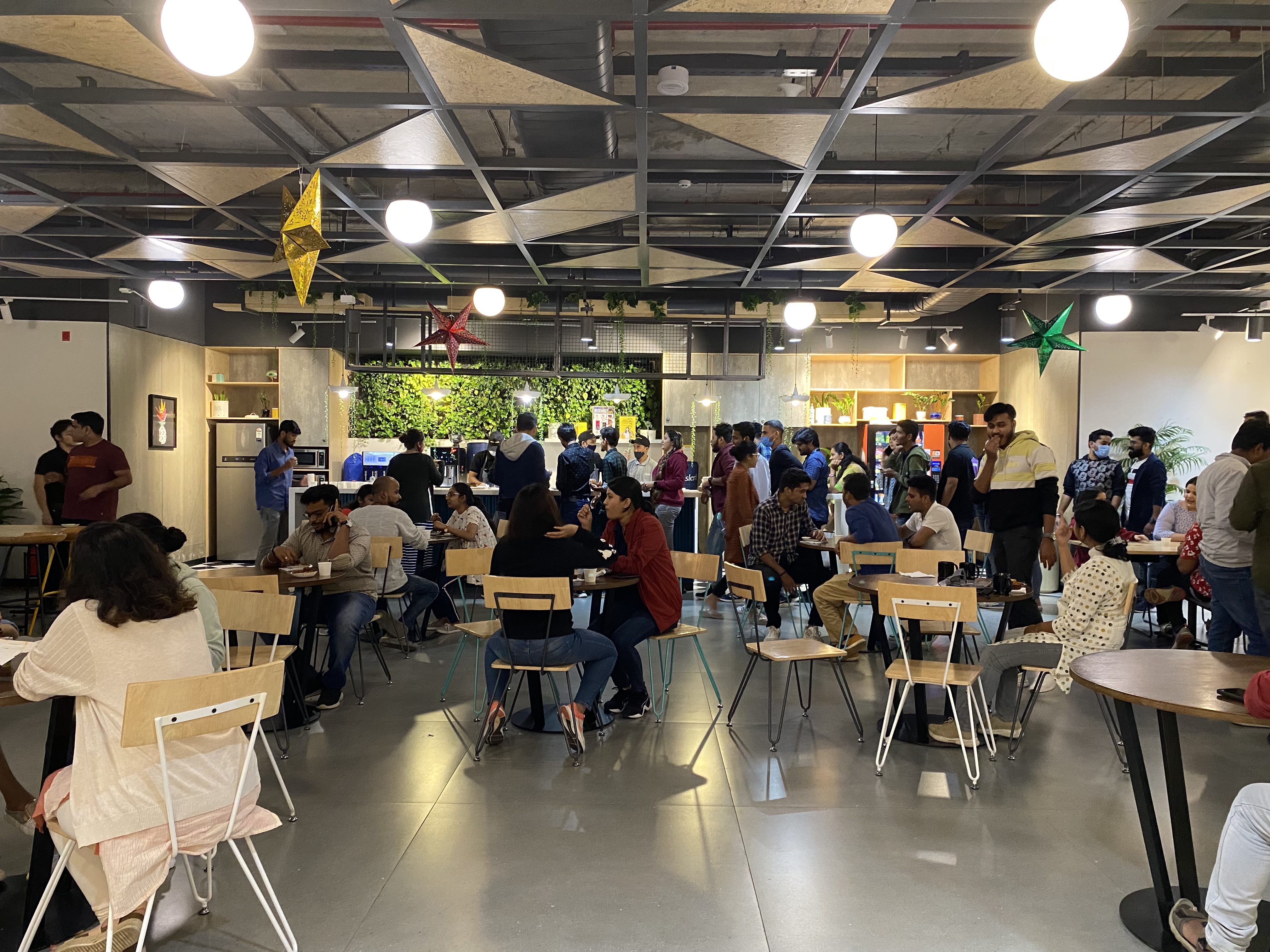 Power of Breaking Bread Together

Discover the joy & power of eating together 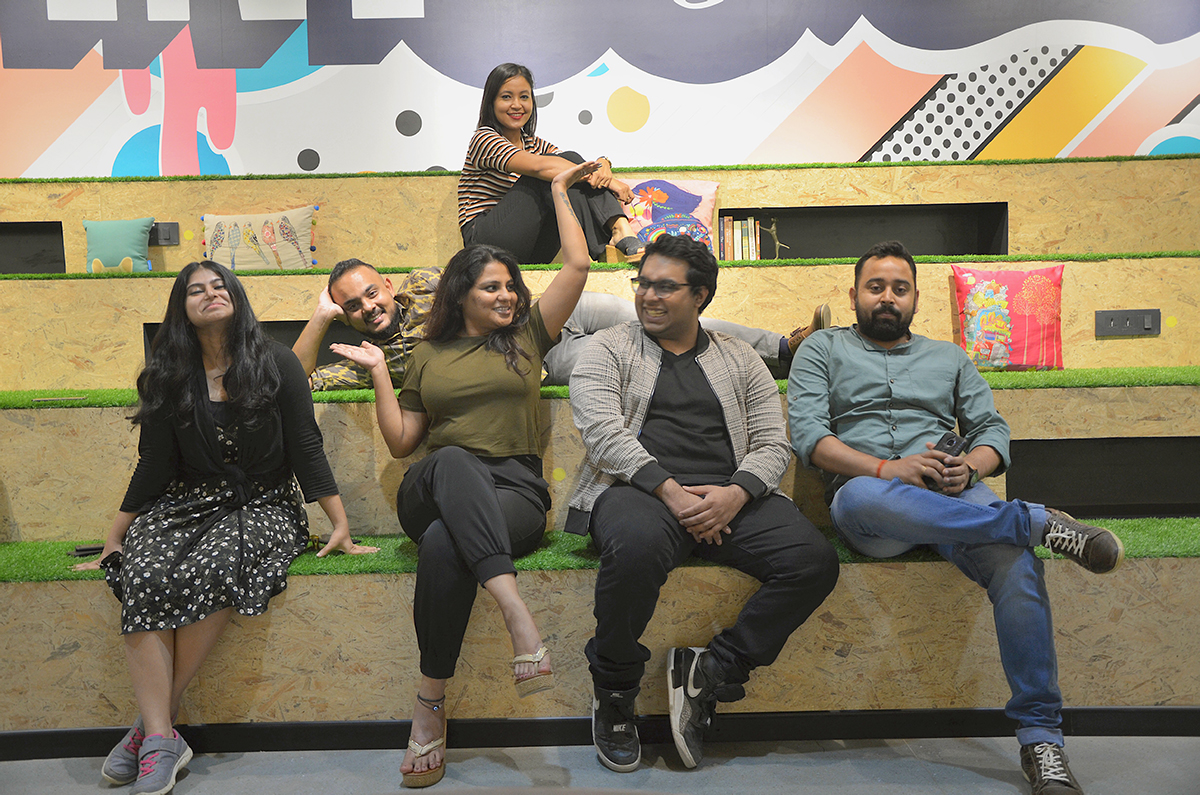 How to transition into the people-first culture that every employee dreams of?